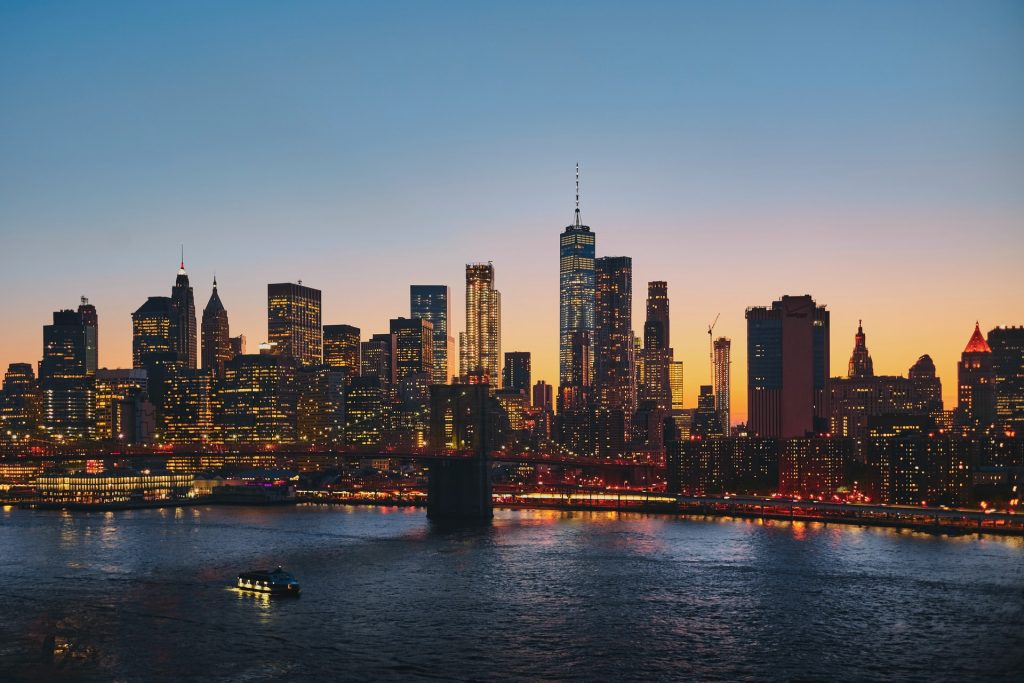 New York City is generally accepted as a very expensive travel destination. How much can a budget traveler expect to spend there? In this article, we discuss how you can see New York for under $50 per day. By the way, in the context of this article, the term “New York City” and occasionally just “New York”, refers to Manhattan. If I’m talking about the other boroughs (Brooklyn, Queens, the Bronx, etc.), I will call them by name.

Before I go any further, I need to set your expectations right. To stay within a budget as tight as $50 a day, you have to be minimalist. That is to say, you have to be prepared to rough it out, forego things, prioritize on what you want to see and do, and have a realistic expectation of what you are capable of achieving. I am not asking you to suffer, but I do expect you to be extremely frugal. If you are willing to do that, then I will show you how you can find accommodation, three meals and transport, for under $50 in New York City.

Let’s imagine for a minute that you are playing a game. In this game, you are handed $50, and that’s all you have to survive in New York City. What do you do first?

Unless you plan to sleep under a bridge – and I really have no heart to ask you to do that – the first thing is to find accommodation. While many budget rooms in New York City can go for $150 per night, three times your total budget, what you should do is to look for beds in hostels and guesthouses. I say beds, not rooms. In other words, be prepared to sleep in a dorm with other budget travelers. If you are lucky, you can get a bed for $25 per night. You have to be prepared to search hard as you’d find that $25 per night is quite a challenge – but not impossible.

Speaking of the subway, that’s going to be your main form of transportation in New York City. Of course you can forego the subway and walk, but that will severely curtail the distance you get to explore. Each single ride on the subway costs at least $2. If you plan to save money on this trip, it is not sensible to buy single ride tickets. Assuming after settling on your accommodation (say it’s $25 per night), you now have a balance of $25 in your hands. You certainly cannot afford too many rides on the subway if you pay for single-rides. What you need instead is to buy the MetroCard – the stored-value card used to ride the subway – that provides unlimited travel. I recommend getting the 7-Day Unlimited Ride MetroCard (yes, I expect you to be in New York for more than one day, possibly even the whole week) which costs $25, and allows for unlimited rides on the subway and local buses, until the midnight of the 7th day. If you stay a whole week in New York City, that works out to just under $3.60 per day (do the math).

By the way, in addition to the 7-Day Unlimited Ride MetroCard, there’s also the 1-Day Fun Pass that costs $7.50. It allows unlimited rides for a whole day, but that’s over twice the price of the 7-Day MetroCard, if you average it out. And I don’t expect you to be in New York City for just one day. Don’t take the taxi. The flag-off rate is $2.50, and then it’s 40 cents for every 1/5 of a mile. As that rate – and under such a tight budget – your money will evaporate before your very eyes.

Now, assuming you got for yourself the 7-Day MetroCard, that leaves you with $21.40 in your pocket. The next thing to settle is your meals.

I don’t expect you to forego meals, but I cannot recommend splurging on your $21.40. You can certainly blow all of it in one meal, but you’d need the money for three. For your breakfast and perhaps dinner, you can cut down on the cost by getting groceries and preparing your own meal in your hostel. During the day, you can buy pizza by the slice. It costs roughly $2 per piece. There are plenty of hot dog stands in New York City. With a drink, it’ll cost you under $4. On the whole – and I know to some of you, it may sound unrealistic – you can actually survive on $12 for the three meals. Be prepared to consume self-made sandwiches for some of your meals, washed down with nothing but plain water.

With a budget of $12 for your meals, you have a balance of $9.40. What you do with it is now entirely up to you. I can honestly tell you that it won’t pay for much – it’s not even sufficient for entrance fees to some museums. You can use it to get better meals.

Now, what activity can you do in New York City that does not cost any money? I suggest you arm yourself with …